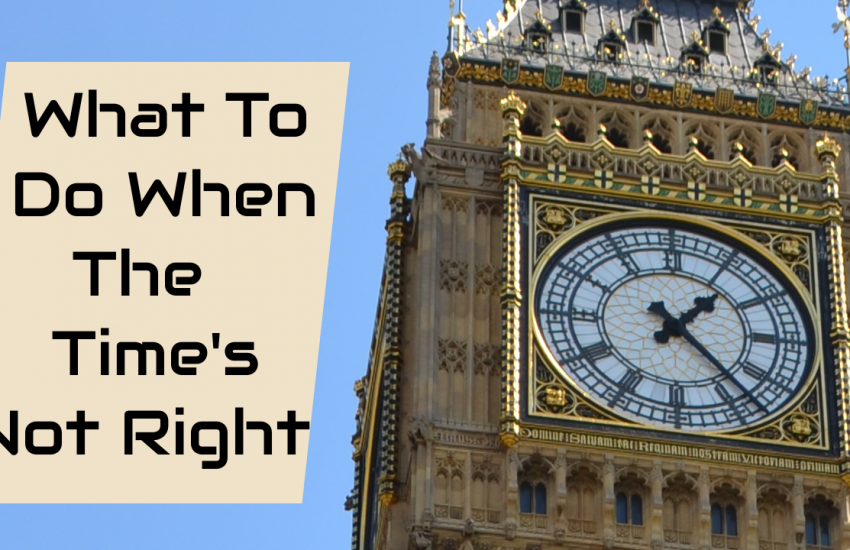 “The best time to start is now” is a pretty popular saying, but sometimes the time is really just not right. Sometimes the demands and responsibilities of the rest of your life are just too much to start that six times a week workout plan your trainer is demanding, and sometimes they are even so much that once a week isn’t going to be easy. When you raise your concerns they shoot you down saying that you have to prioritize and “if it’s important you’ll make the time”. But that’s just because they think your health and fitness should be your number one priority all the time, which is easy enough when you’re single and living in your parent’s basement. It’s a bit different once you get married and have kids and suddenly you have a lot of things to do that are a bit more important than maxing out your dead lifts or getting single digit body fat percentages, and sometimes this means you really just can’t start now. So what do you do instead?

To avoid any arguments about what you should be prioritizing I’m going to use an unarguable example: an injury. Let’s say you wanted to start running marathons, but you had an unrelated accident and broke a leg. No arguments, the time is not right to start your running program; no way you can power through and run in a cast. Now you could just sit around and do nothing but wait to be cleared to run again, or you could work on other things that will mean you are better positioned when that time comes. Improving things that will help support your dreamed of running habit, or removing other obstacles.

You could use that time to work on improving your diet and sleep, so your base fitness level will be higher. You could work on creating a new morning routine that gives you the time to run before work each day. Once the cast is off maybe a morning walk could work to get you into the groove. Now when you finally get the all clear to actually run again you are going to be so much further ahead than if you had done nothing but wait. Actually starting is going to be a lot smoother, and since you’ve be working on the “behind the scenes” stuff your motivation and confidence to start is actually going to still be there.

This works even when the problem isn’t as absolute as a broken bone, like the one at the start of this blog. Though in a case like this you have the additional option of just doing less, maybe you can only commit to one workout a week for the time being. Your progress will for sure be a lot slower than at six times a week, but it will still be a hell of a lot faster than zero times a week. Just because you can’t do it all, it doesn’t mean you can’t do anything.

So as nice as “the best time to start is now”, sometimes the time really isn’t right to start exactly how you want to. But that doesn’t mean you cannot start at all, there will always be something you can do to help prepare or move yourself forward so when the time is right you can jump right in. In this way you’ll be setting yourself up for success.

If you liked this blog and would like to know more about realistic ways of getting into fitness, be sure to subscribe to my newsletter so you never miss another posting.