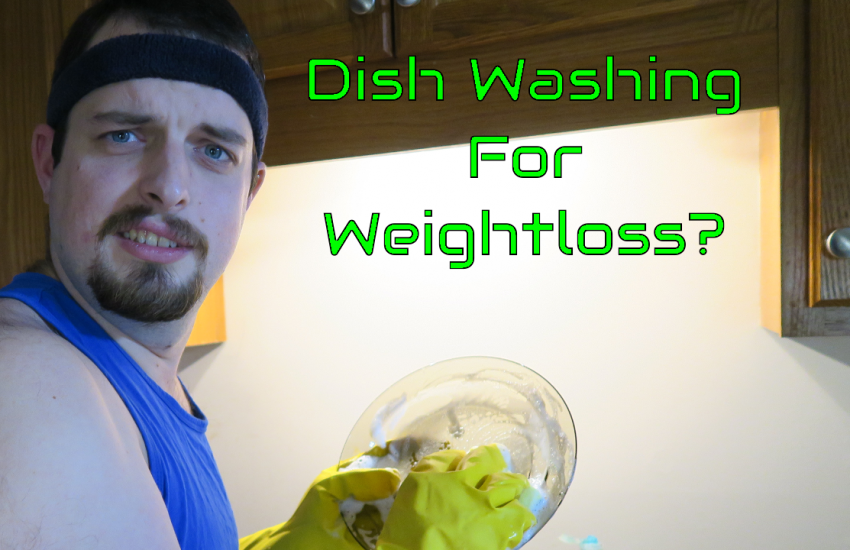 Can washing the dishes really help you lose weight? Yes, it did for me, just not directly. Washing the dishes is what I like to call a support habit, it’s not going to create much movement towards your objective in its self, but rather it acts as a catalyst by making another habit easier or by adding value to it. This is especially useful when the primary behavior you are cultivating is very difficult or even impossible to change consciously.

To know what support habit you should cultivate you have to work backwards from your objective, depending how difficult the desired change is for you to make you may have to go several times removed, or even use multiple support habits. So let’s start with an objective of weight loss: a healthy eating habit is an essential component. Most of you probably agree with me that eating home cooked meals is a great support habit for healthy eating. You leave out a lot of harmful crap and can use the money you saved to buy higher quality ingredients. It’s great, as long as you actually do it that is. This was where the hiccup was for my wife and I, and it’s not as though I hate cooking, I actually love cooking, but we were still eating out a lot more than we should have been! Rather than continuing to try using willpower to force myself cook more often, it turned out I just needed to go even one more step removed.

My wife and I had both become lazy about keeping on top of the dishes. I was working long hours, with a varied shift, and she was at home with my baby daughter. Neither of us were getting enough sleep, so we were both exhausted, and keeping the kitchen free of dirty dishes didn’t really seem like a worthwhile priority. We wanted to eat healthily but the problem was that a kitchen full of dirty dishes isn’t very inviting for cooking, and since we were both so tired it was a convenient excuse to go get takeout instead. Of course we would normally crash in front of the TV or go to bed after dinner, leaving a pile of dishes for the next day.

The solution quite literally came to me in the middle of the night. Despite how tired I felt I was having trouble sleeping, so rather that lie there awake every night I decided that I should use that time to do something productive, and I landed on washing the dishes. With nothing to clean in the morning it was a lot easier to make breakfast, and I even had time to clean the fresh dishes before going to work. This meant that when I got home the kitchen was ready for cooking, and suddenly the prospect of cooking a great, healthy meal wasn’t so daunting anymore. We were soon eating a lot more home cooked meals, starting us back on the journey that reclaimed our health.

The weird thing is that that’s not the only way keeping up with the dishes helped improve my health. One of the cool things about a lot of support habits is that they often support several different more valuable behaviours. Since I had less to do in the morning I was able to set my alarm a little later; and since I knew the morning would be more relaxed I was less stressed at night, as long as the dishes were done before getting into bed I was able to fall asleep quite easily. This meant that I was getting more sleep both ends and was a lot less tired.

Speaking of sleep, this brings up one of the most powerful aspects of support habits: they allow you to make changes that would be impossible to do directly. Sleep is a prime example, you cannot work directly on improving your sleep quality; you’re unconscious while doing it. You have to work on it indirectly when you are awake with behaviours that have an effect on your sleep. If you have watched any of my sleep videos you will notice that very few of my tips produce any value in and of themselves, it is only through their supporting role that they give benefit.

For any behaviour you are having difficulty cultivating, look at what other behaviours you could adopt that would remove the obstacles for you. If some of those are proving difficult, go deeper and do it again and again until you find something easy. Even if it is something that seems as mundane and valueless as washing dishes the cascade effect it has going up the chain can be life altering.

So now that you know about support habits, what behaviours that you considered unimportant will you work on today? Let me know in the comments below.

If you found this useful, and want to learn more ways to make implementing difficult changes in your life you can subscribe to my newsletter so you never have to miss one of my blogs.

Max is a health coach serving the Sarnia region. Max specializes in helping people regain their health and keep it long term through habit evolution.