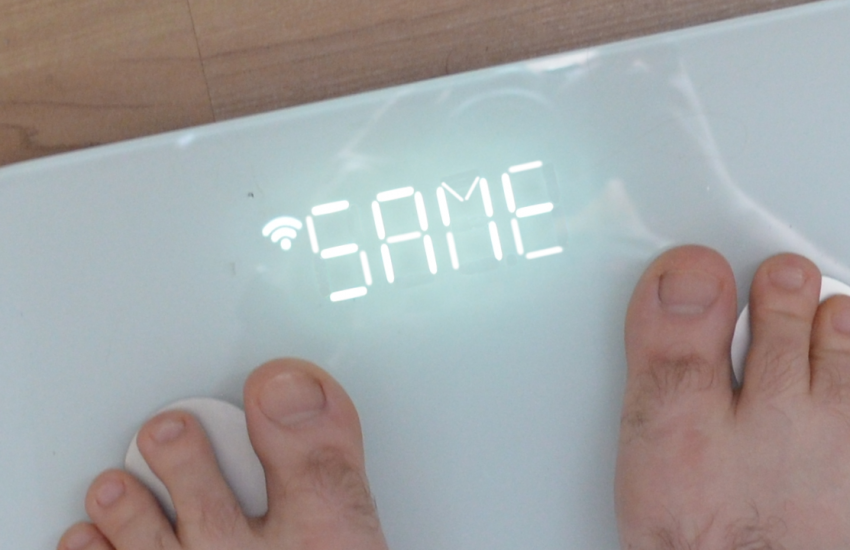 So you started a new diet a couple of weeks ago intending to shed a few pounds. You made a few lifestyle changes to get the ball rolling, but having stood on the scale again today you discovered to your dismay that you haven’t lost any weight yet, or maybe you even gained a little bit? All that hard work, and nothing to show for it? This can be very disheartening, it can be enough to make you want to quit trying to be healthy at all, or switch to an unhealthy extreme plan in the hopes of quicker results. But to help you persevere and reach the goal you want in a sustainable and healthy way in today’s video I am going to explain why this happens, and why staying the same weight still counts as progress.

Read More: Why most diets fail, and what to do instead!

Since it is a little easier to understand what is going on with numbers I am going to use a hypothetical guy called Jim as an example. So he weighted himself July 1st and found he was now 226lb, so decided to make some changes. A month later he stood on the scale again to find himself still at 226 and very disappointed, thinking that what he had done made no difference at all. But that is not the case; the problem is that most people see the weight they start their weight loss journey at as if it were some fixed value, that if they had done nothing that number would have stayed the same, but there is very little reason to believe that to be true. Let’s say Jim had weighted himself Jan 1st too, and was 200lb, it was the shock at discovering he had gained 26lbs that motivated him to start losing weight. And this is true for most people, if you weight is stable there is no urgency to make a change, it is only when we discover we have been gaining that we feel something has to be done.

So with this additional piece of data added in we can see that Jim was gaining about a pound a week. Chances are he would have continued at a similar pace had he not made any changes, if he had not stood on the scale on July 1st and instead only on August 1st chances are he would have been around 230, and not 226. So although the scale read the same, he is 4lbs lighter than he would have been which is pretty good going. And this is probably what is happening to you too. It may feel like all your hard work is for nothing, but in reality your changes are preventing yourself from gaining more weight and going in the wrong direction. It just doesn’t seem that way because humans are not very good at noticing what cannot be seen, like what would have been if no changes were made. An easy way to imagine it is as if you were driving the wrong way down a road, you have to slow down, come to a stop and only then turn around so you can go back the way you want.

This means that your weight standing still is not a bad thing because the next change you make will be able to make a noticeable difference right away. You no longer have a calorie surplus causing you to gain weight. Instead whatever additional changes you make will result in a calorie deficit and you’ll soon be speeding off in the right direction again.7

If you liked this blog please subscribe, and share it with anyone you know who is struggling to stay motivated because their diet doesn’t seem to be working.