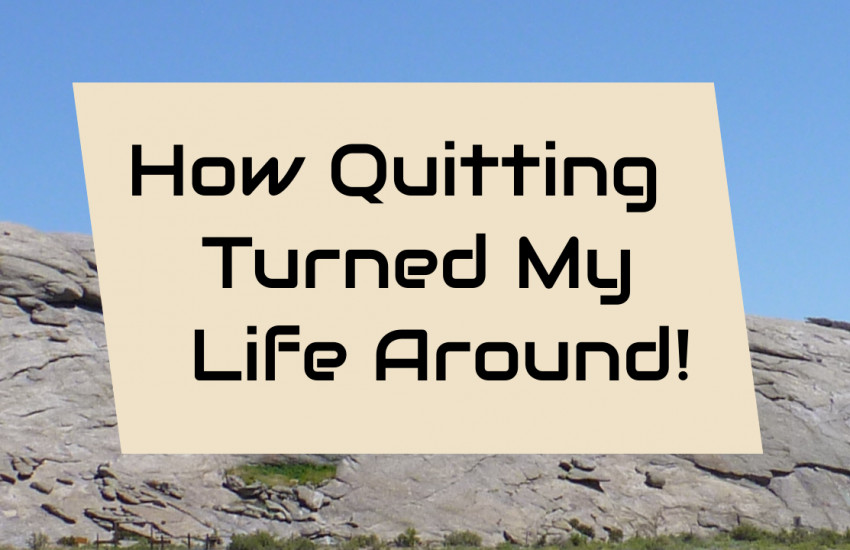 We are often told that we should “never give up” on our dreams because “winners never quit”, yeah right, total BS. I used to follow this advice, I really did, but giving up on one particular dream turned my life around. I only wish I had quit a lot sooner.

Back when I was 9 I developed severe IBS, bad enough that I wasn’t able to go to school regularly, it even made it difficult to see my family often. For the next few years my dream, encouraged by the doctors, was to find a cure. I was willing to do whatever it took to make that day come sooner. I followed every instruction from the doctors to the letter, even if it was making my life worse. Some temporary discomfort to be free from the shackles tying me to the toilet seemed like a good trade, right?

Wrong! The problem was that none of the interventions ever had a lasting positive effect. So the months of temporary suffering stretched into years. Most of the medications I was on were treating the side effects of other medications. I had also been put on a restrictive diet, which had grown more and more restrictive over the years. This was probably what disrupted my enjoyment of my teen years the most as I was never able to eat out anywhere; and since finding the acceptable brands was so difficult if we went away we had to take enough food to last the entire trip. That plus the need to be close to a bathroom are real dampeners on a young man’s social life.

My restricted diet actually became so extreme that I was at one point put on a hypoallergenic formula diet, not eating any real food for several months; with my condition eventually returning to how it was before. The failure of even this to provide some relief made it seem like my life could never get any better, and I gave up hope of ever finding a cure.

So I quit trying to find one. It seemed like nothing would ever be able to help with that problem. SO I turned my attention to some other problems that I had been neglecting since they didn’t seem as important. I often had pain in my knees and my back, deciding that they were probably due to muscular instability I started working out, and problem solved. At the same time I was aging out of pediatrics and my new dietician didn’t understand why I was still on such a restrictive diet since it didn’t seem to be helping much. So under her supervision I relaxed my diet, so that my life could at least taste better. And it did more than that; it gave me the freedom to travel again.

Because I gave up my relentless drive to find a cure to what seemed my biggest problem I was able to solve so many other problems and improve my life immensely. And oddly enough my IBS is a lot better too. It was only when I quit aiming for perfect that I was willing to try measures that might improve it, even if they had no chance of actually being a cure. If I had known that giving up on my dream would take me from a teen stuck in his room, to being able to move continents and form my own family I would have quit a lot sooner.

So are you aiming for a “perfect” goal that is getting in the way of you making progress in other areas? Are you going to quit it? Let me know in the comments bellow, and if you liked this blog hit subscribe so you know every time I post a new one.